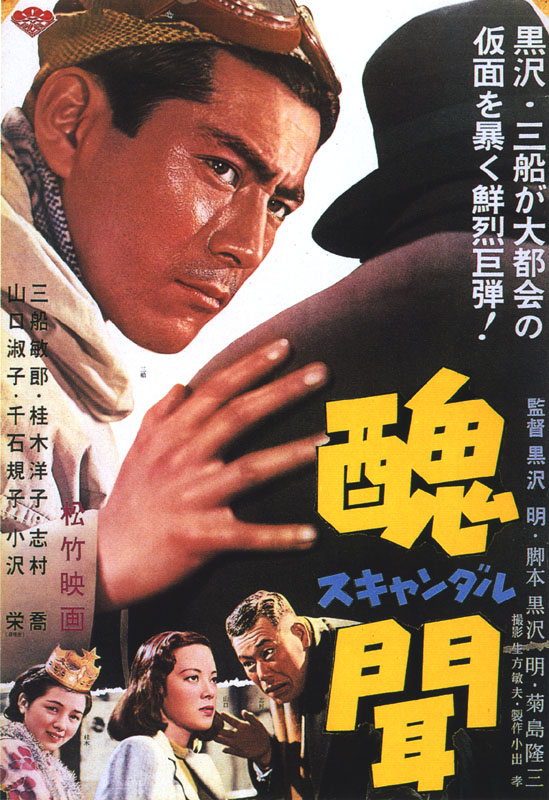 I’ve been a fan of Akira Kurosawa’s films since I saw Ran (1985) on the big screen when I was 12 years old. Like most fans of Kurosawa, I came to his period samurai films first and slowly branched out into his contemporary dramas (like Ikiru) and his crime movies (like High and Low and Stray Dog).

One of the things I’ve enjoyed most about my OCD Viewing project is that it’s given me an excuse to finally sit down and watch some of Kurosawa’s lesser-known films that I might never have gotten around to watching otherwise, like No Regrets for Our Youth (1946) and The Quiet Duel (1949). Neither of those ranks among my favorite Kurosawa films, but I’m happy I saw them, and they gave me a better understanding of his body of work.

Scandal (Shûbun) is another one that didn’t appeal to me very much on paper, but really affected me when I watched it. 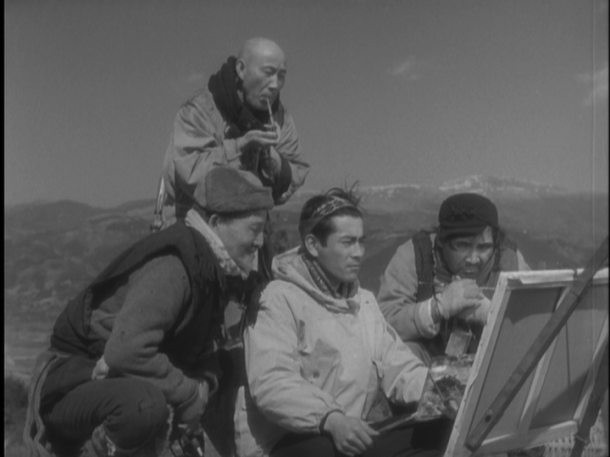 Scandal stars Toshirô Mifune as a painter named Ichirô Aoye who strikes up an innocent friendship with a famous classical singer, Miyako Saijo (Shirley Yamaguchi), and suddenly finds his name and face splashed all over the tabloid press. His senses of righteousness and decency are both deeply aggrieved, and he proceeds to wage a quixotic war against Asai (Shin’ichi Himori), the sleazy editor of a periodical called Amour.

I love watching Mifune in just about anything, but the real surprise for me in Scandal was the performance of another Kurosawa mainstay, Takashi Shimura, as Hiruta, the lawyer Mifune employs to clear his name.

Hiruta is the most interesting character in the film, and he comes to dominate the film’s second half. Hiruta is a morally compromised character, but this is exactly what makes his story so good. Mifune’s anger is righteous and his character is admirable, but it’s Shimura’s complicated and bittersweet journey that makes Scandal such an affecting film.

The year 1950 also saw the release of Rashômon, Kurosawa’s enduring masterpiece about the slippery nature of the truth. It premiered internationally at the 1951 Venice Film Festival, and introduced the world to Kurosawa’s greatness. So in a way, Scandal marks the end of Kurosawa’s early period. I don’t rate it as highly as Drunken Angel (1948) or Stray Dog (1949), but it’s still an excellent film.

Even an average film from Kurosawa is head and shoulders above most directors’ best work. Despite an overabundance of sentimentality and a reliance on a few too many shopworn melodramatic moments, Scandal is a satisfying film full of surprisingly beautiful moments, like an elegiac New Year’s Eve celebration or an average man’s final walk through a city street as just another anonymous human, despite everything we have just seen him go through.