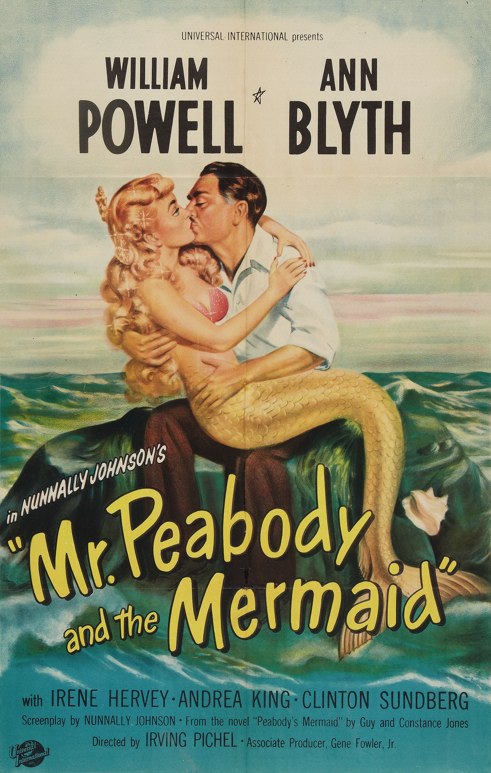 Irving Pichel’s Mr. Peabody and the Mermaid is an enchanting little fantasy that’s perfect for chasing away the winter doldrums.

This movie is an old favorite of mine. I first saw it on TV when I was a kid and absolutely loved it. It was a lot of fun to revisit, and was just as charming and funny as I remember.

Mr. Arthur Peabody (William Powell) is a dignified Bostonian on the verge of turning 50, that dreaded age that says, “if you’re not already having a midlife crisis, you’d better start now.” Mr. Peabody and his slightly younger wife, Mrs. Polly Peabody (Irene Hervey), go on vacation to the British Caribbean (now commonly referred to as the British Virgin Islands), and Mr. Peabody has a life-changing experience. While out fishing, he hooks a mermaid.

The mermaid is played by the beautiful and doll-like Ann Blyth. She’s listed in the credits as just “Mermaid,” but in the film, Mr. Peabody decides her name is “Lenore.”

Mr. Peabody and the Mermaid is book-ended by scenes of Mr. Peabody talking to a psychiatrist, Dr. Harvey (Art Smith). No one but Peabody ever sees the mermaid, so naturally his wife and everyone else all assume that he’s crazy.

The film is coy about Lenore’s existence, but she does seem to exist in physical reality. Mrs. Peabody see the mermaid’s fins sticking out of a bubble bath and scolds her husband for cleaning a fish in the tub. The mermaid also spits water on a man before darting back into the water, and when a woman whom the mermaid considers a rival for Mr. Peabody’s affection goes swimming, the mermaid bites her on the leg.

But there’s still a sense of unreality about “Lenore,” and not just because she’s a mythical creature. Lenore never speaks, but seems to understand everything Mr. Peabody says to her, and adores him. She’s his middle-aged fantasy come to achingly beautiful life.

There are parallel stories about Mrs. Peabody’s flirtation with a handsome chap, Major Hadley (Hugh French), and the beautiful adventuress, Cathy Livingston (Andrea King), who sets her sights on Mr. Peabody. The film wrings a lot of humor out of this situation, as Mrs. Peabody thinks Mr. Peabody is dallying with Miss Livingston while in fact he’s trying to keep the mermaid’s existence secret while planning on running away with her to the Florida Keys.

Mr. Peabody and the Mermaid is a lovely escapist fantasy, and is currently streaming on Netflix and Amazon. Highly recommended, especially if you’re sick of cold weather and aren’t going on vacation anytime soon. 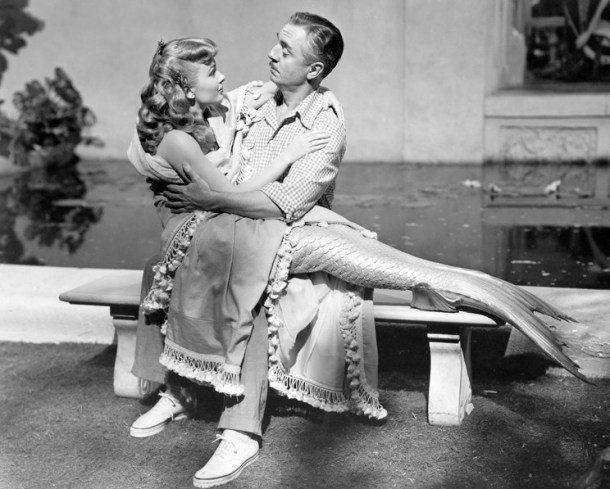