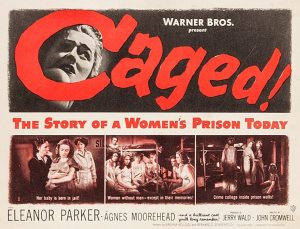 Caged is one of the first true “women-in-prison” films. It’s a tough, tragic, intelligent film that’s hell and gone from the cheap, lurid flicks that would define the genre during the exploitation heyday of the 1960s and ’70s. 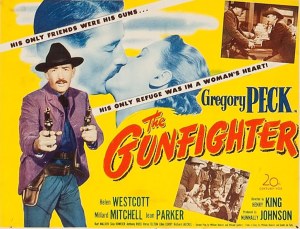 For my money, this is the movie that ushered in a new era of realism and adult drama for the western at the dawn of the 1950s. It prefigured the structure of High Noon and tackled the idea of myth vs. reality in the Old West head on.

Stage Fright was Alfred Hitchcock’s most purely enjoyable and crowd-pleasing piece of entertainment since Spellbound (1945) and Notorious (1946). It’s a tightly paced melodrama full of intrigue and humor, and is a great example of how adept Hitchcock was at manipulating an audience.

Gun Crazy isn’t a perfect film, but it’s an endlessly fascinating one. It’s a fast-paced piece of pulp that’s not shy about linking sex and violence, and tells its story through a weird mix of slightly unreal soundstage sets with hyper-real location shooting.

6. In a Lonely Place

Nicholas Ray’s In a Lonely Place makes some radical changes to its source material — the 1947 novel of the same name by Dorothy B. Hughes — while retaining the novel’s exploration of toxic masculinity. Humphrey Bogart is terrific as an angry and deeply unhappy man who is unable to control his rage, and Gloria Grahame is equally terrific as the woman who loves him.

All About Eve is one of the most sophisticated and darkly humorous films of all time. And its story of an aging actress being supplanted by a ruthless young ingenue is more relevant than ever.

Heist movies have been with us since the birth of cinema, but The Asphalt Jungle is the granddaddy of the modern heist film, and its DNA runs through everything from Rififi (1955) and The Killing (1956) to Heat (1995).

Like All About Eve, Billy Wilder’s Sunset Boulevard is a film about how difficult it is for dazzling young actresses to grow old. Unlike All About Eve, it’s specifically about the transition from silents to talkies. It’s one of the greatest movies Hollywood has ever made about itself; a liminal masterpiece that constantly flirts with being a horror film. 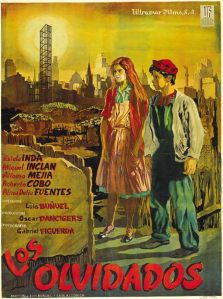 Luis Buñuel’s Los Olvidados is an exhilarating masterwork about the “lost children” of Mexico City’s slums. It’s filled with moments of incredible beauty and brief scenes of pure surrealism that only increase the power of the film’s unflinching depiction of poverty and violence.

The breakout film not just for director Akira Kurosawa, but for Japanese cinema in general, Rashomon is an uncomfortable meditation on the elusiveness of truth. It exposes the world as a kind of hell, because human beings cannot even be honest with themselves. But it is also a deeply sensuous experience, and an utterly beautiful film.